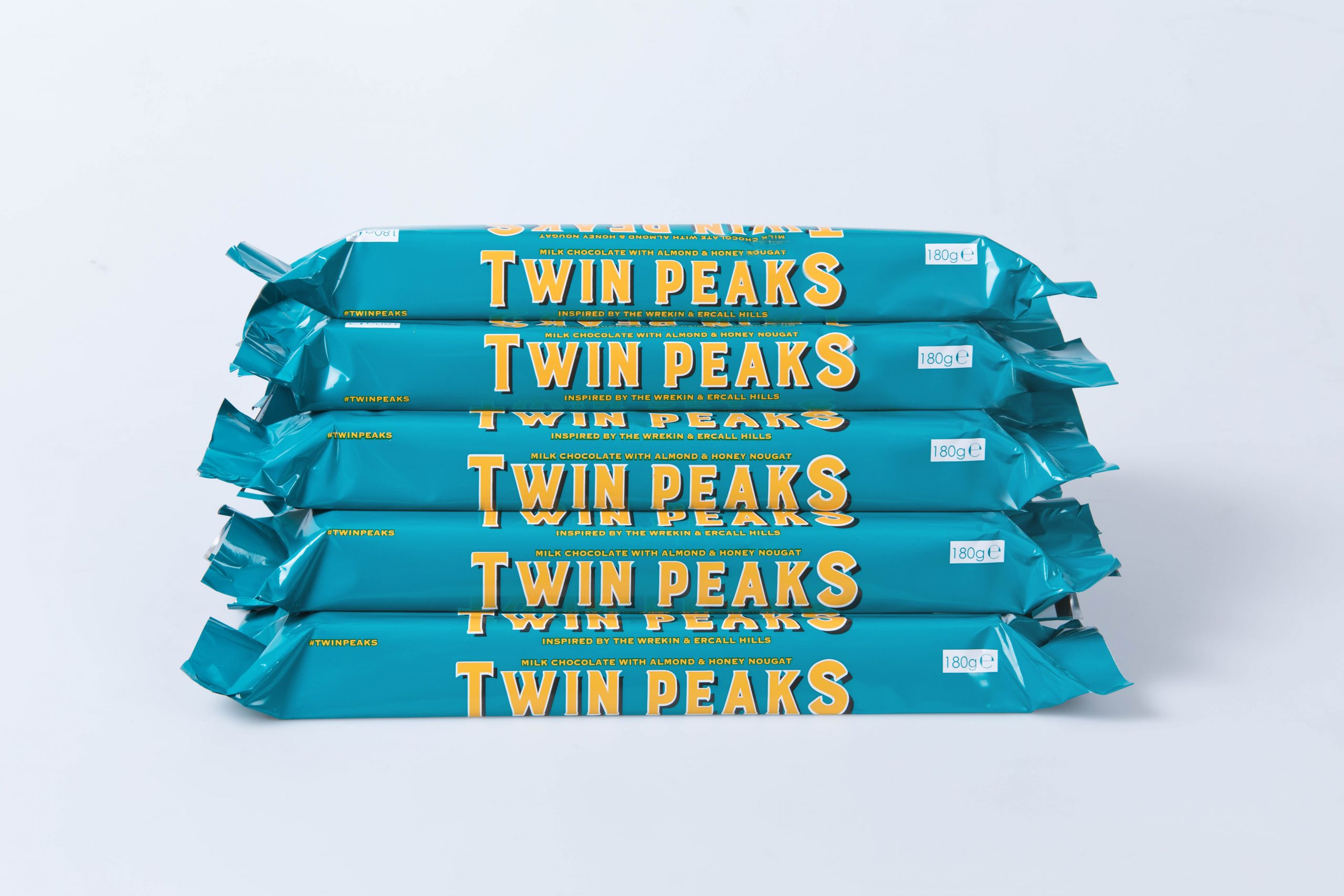 Go Tell It On The Mountain

The First 500,000 Original Bars to Hit Shelves Across the UK on December 4

Friday 24 November: Poundland today confirmed its highly anticipated “Twin Peaks’ £1 chocolate bar will go on sale across the UK for the first time at 8.00am on Monday 4 December.

The 180g bar that sent Britain barmy when it was first unveiled in June, had its launch unexpectedly delayed – but Poundland will finally launch Twin Peaks in brand new packaging in its 850 UK stores next month.

Customers will then be able to choose a bar for £1 that has 20 per cent more chocolate than Poundland’s best-selling Toblerone.

Kraft (also the owners of Cadburys) complained about the shape of Twin Peaks.  In recent years Kraft has fought hard to keep Nestle from registering the KitKat shape, but this summer it argued that it had similar rights in the Toblerone shape. Poundland disagreed with this.

Following positive discussions, the first 500,000 bars, which will be on sale for £1 throughout December in their original shape, are set to be a collectors’ item. After this Poundland will revise the shape so it better represents the outline of the Wrekin and Ercall hills – the inspiration behind Twin Peaks as a British alternative to Toblerone and offering 30g more chocolate.

“In the last 12 months we believe our customers alone have missed out on 250 tonnes of chocolate after the size of their favourite item was chopped,” said Poundland trading controller Chris Burns.

“That’s why we began development on Twin Peaks in the first place”.

“Although it’s been a longer climb than we expected, we’re pleased customers will finally get to taste our Twin Peaks – 180g of delicious, British-made chocolate, for just £1”.

* Taste Tests were conducted for the ITV programme ‘Trouble in Poundland’ using kitchen samples in the Wolverhampton Poundland store on 19 May 2017, with approximately two out of three people preferring the taste of Twin Peaks over Toblerone from a sample of around 100 customers .

The Wrekin is a hill in east Shropshire with a summit of 407 metres (1,335 feet). Standing alongside The Wrekin, the Ercall Hill’s highest point is 140 metres (460 feet). The two peaks are a well-recognised landmark in the Midlands and the Wrekin and Ercall form part of the Church Stretton Complex where different geological terrains meet.

Birmingham based Walkers Chocolate Limited has been making well-loved British chocolate since 1977 and produces 8000 tonnes of confectionery products per year. Poundland has traded with Walkers Chocolates for over a decade delivering popular lines such as Mint & Turkish Nights.

In 2017 Poundland began to roll out PEP&CO ‘shop-in-shops’ offering customers a full range of women’s, men’s and kids’ fashion.  Already available in over 130 of its stores. PEP&CO is bringing new style to Poundland with simple low pricing on family fashion that’s hard to find on local high streets.  Prices at PEP&CO start at £1 and 95 per cent of the range is under £10.00